Updates from the Show Daily team

Tainan-based manufacturer Taya has taken a close look at how chains have been built so far. Their latest design built for high-quality and performance-oriented bicycles entirely eliminates the rollers.

With its headquarters in Tainan and a second factory in Kaohsiung’s Hunei district, Taya rightfully calls itself 100% Taiwan-made. Founded as early as 1969 as a management buy-out from Japan’s Tsubaki group, Taya may well be one of the most specialized manufacturers within Taiwan’s bicycle industry, focussing entirely on bicycle chains. Over the years, Taya has built a reputation for light-weight performance chains and has come up with a number of eco-friendly anti-rust coatings for their chains. 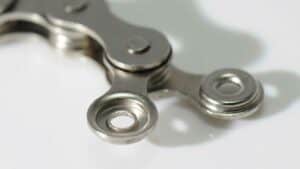 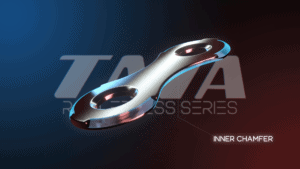 Recent innovations, most notably the number of cogs packed into cassettes of performance bicycles growing from nine to 12 or even 13, have also impacted bicycle chains. As the number of cogs on the rear axle grew, bicycle chains became more and more narrow and flexible. Conventional bicycle chains combine outer links, inner links, rollers that work as spacer sleeves and hardened pins that hold it all together. Engineers at Taya felt that the traditional ways of producing a chain were reaching their limits, certainly when longevity and reliability were taken into consideration. 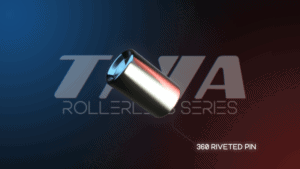 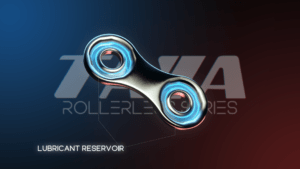 The solution Taya went for is bold: By radically altering the shape of the inner links, the company found a way to eliminate the rollers entirely, thus facilitating and speeding up the assembly of chains. As a bonus, the novel shape of the inner links with their articulated, stamped hump around the pin area features an articulated groove for lubricating oil. According to Taya’s Tim Chang, this construction results in 20 % less weight compared to a conventional chain, a more silent running and extended longevity thanks to the constant lubrication. 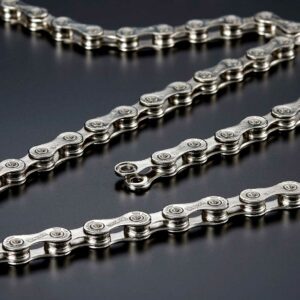 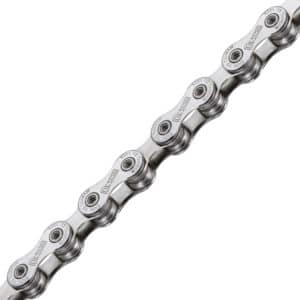 According to Taya, the roller-less chain should last for 10,000 rather than for 8,000 kilometers – or an additional 25 %. This is partly due to the fact that the roller serves as a high-load contact surface to the chainrings and cogs. For now, Taya is offering their roller-less chain in three varieties: The EL-Onze-117 is built for performance drivetrains with eleven gears on the rear axle, while the EL-408 for bicycles with five to seven gears and the EL-410 for children’s bicycles are aiming at lower price points.